The Diputación programs this show open to the public with the collaboration of ‘Tango in the house of my old men’, which since 2013 broadcasts the Argentine dances in Palencia.

The Diputación de Palencia has scheduled for the afternoon of next Saturday, September 21, an international tango exhibition at the Villa Romana La Olmeda. The activity is part of the Roman Culture cycle, with which the provincial institution is reinforcing the role as a cultural reference that has this archaeological site located in the municipality of Pedrosa de la Vega, five kilometers from Saldaña, a town where Find the museum linked to the villa.

The dance exhibition, free and open to the general public until the capacity is completed, will begin at 7:00 p.m. and will feature eighty dancers from Argentina and five communities in Spain: Asturias, Cantabria, Castilla y León, Madrid and Basque Country.

The activity, titled Milonga in La Olmeda, not only seeks to complement the visit to the site with a dance show, but also to publicize this cultural and tourist resource to the eighty participants, as well as family and friends who accompany them. For this reason, a guided tour of La Olmeda is scheduled for them at 6:30 p.m., which will give way at 7:15 p.m. to a photocall session with the dancers - dressed and dressed in the Roman - to begin a quarter of an hour later the various performances until approximately 22:00 hours.

FORMED WITH GREAT TEACHERS. The Diputación de Palencia has organized, through its service of Culture, the Milonga event in La Olmeda with the collaboration of the Palencian Tango studio in the house of my old men, whose leaders - Isidoro Lara and Charo Andrés - are teachers and dancers specialized in tango Argentine and its brother rhythms (milonga, waltz Creole). Since 2013 they carry out tango promotion projects in Palencia, with exhibitions and workshops.

Lara and Andrés were trained by receiving classes from great masters such as the world tango track champions Germán Ballejo and Magdalena Gutiérrez, the world tango stage champions Max Van de Voorde and Solange Acosta, the world champion Lorena González Cattaneo, the champions of Europe Fernando and Alexandra, and a long list of international figures.

As Isidoro Lara, from Tango explains in my old people's house, «the milonga is a gathering of amateurs, not professionals, of high quality, and who come together to dance tango. The public is usually captivated when they see tango dancing and, on this occasion, I think that the combination of tango and Roman art will be very enriching, because both the dancers and the audience can meet and enjoy it in an unusual way, different from the route usual on the catwalks of La Olmeda ». Also, according to Lara, "with these initiatives we also achieve that tango fans go to our land for a weekend and so they can know all the heritage, landscape and gastronomic riches that it treasures, while enjoying their love of dancing" . 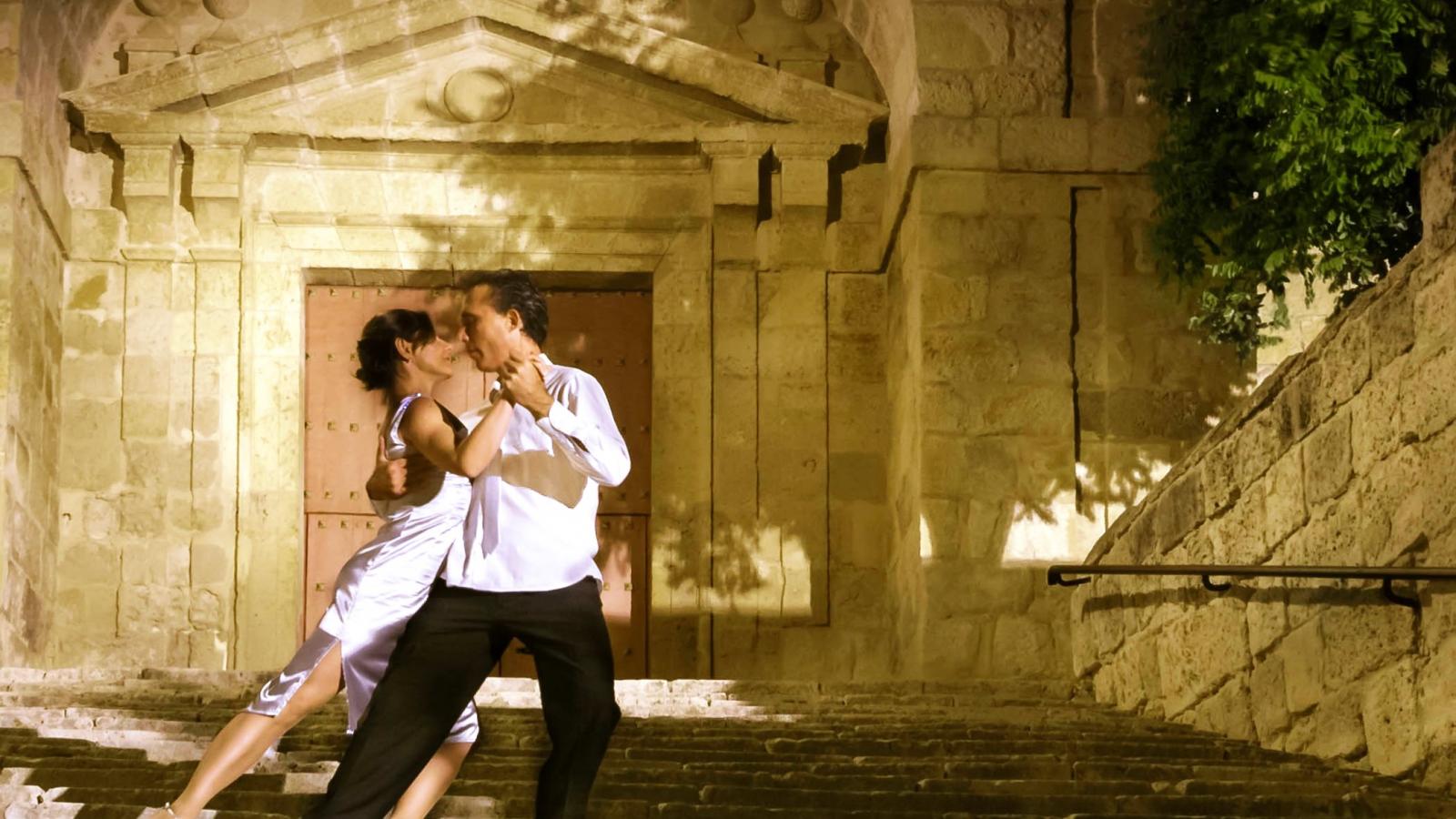