From december 3rd to january 6th a Nativity scene is exhibited in La Olmeda.

The Provincial Council of Palencia in collaboration with the Palencia Nativity Scene Association "San Francisco de Asís" bets one more year on the nativity scene tradition.

Since Christmas 2016, the Palencia Provincial Council in collaboration with the Palencia Nativity Scene Association "San Francisco de Asís" has designed in La Olmeda a Nativity scene inspired by the palace or residential mansion of La Olmeda that faithfully represents the peristyle mansion 4th century AD and the private baths so that visitors can get a clear idea of ​​the palace. In this model, the roof in which 11,000 tiles have been used, the main colonnaded portico or the inner patio stand out. The low-imperial palace also serves as a framework for the recreation of biblical themes such as Jesus among the doctors, the massacre of the innocents, the dream of Saint Joseph or the registration of the Virgin and Saint Joseph. In addition, these scenes are mixed with others that represent the daily life in the countryside and the representation of the typical trades of the time.

On the other hand, the ‘oecus’ or main hall of the mansion has been chosen as the setting for the Portal of Bethlehem with the representation of the Mystery of the Nativity together with the Adoration of the Magi.

This model was presented for the first time in the lobby of the Provincial Palace on Christmas 2011. The Palencia Nativity Scene Association "San Francisco de Asís" was created in 2003 with the aim of spreading the nativity scene tradition and since then it has exhibited in different spaces of the province of Palencia aside from participating in cultural activities and organizing multiple nativity scenes.

Those who visit La Olmeda from December 3 to January 6 will be able to contemplate the Bethlehem. Remember that during the next bridge of the Constitution La Olmeda opens on Monday, December 6. The usual hours of attention to the public is from Tuesday to Sunday from 10.30 am to 6.30 pm. On December 24, 25, 31, January 1 and 6, La Olmeda remains closed. 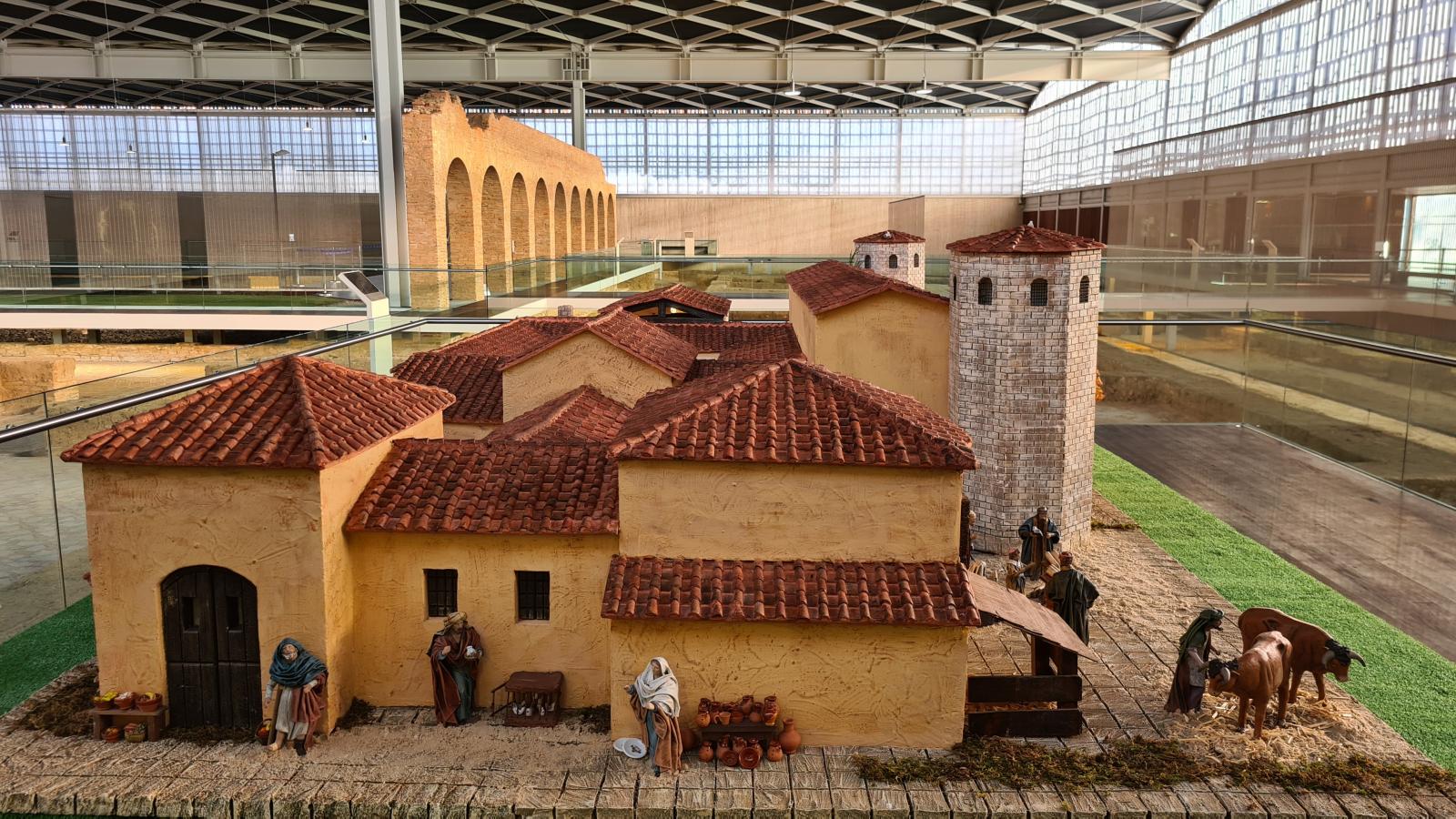 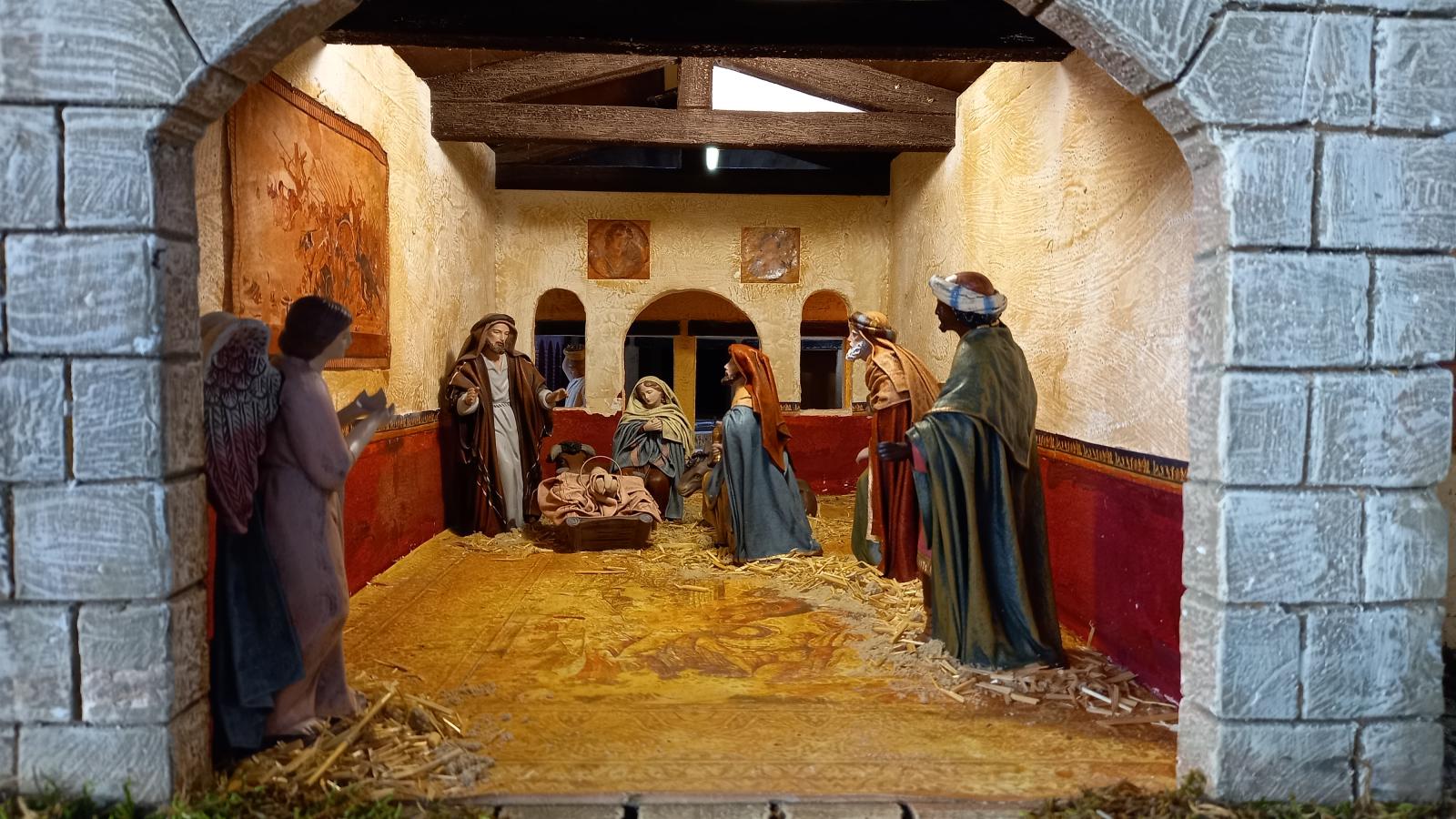 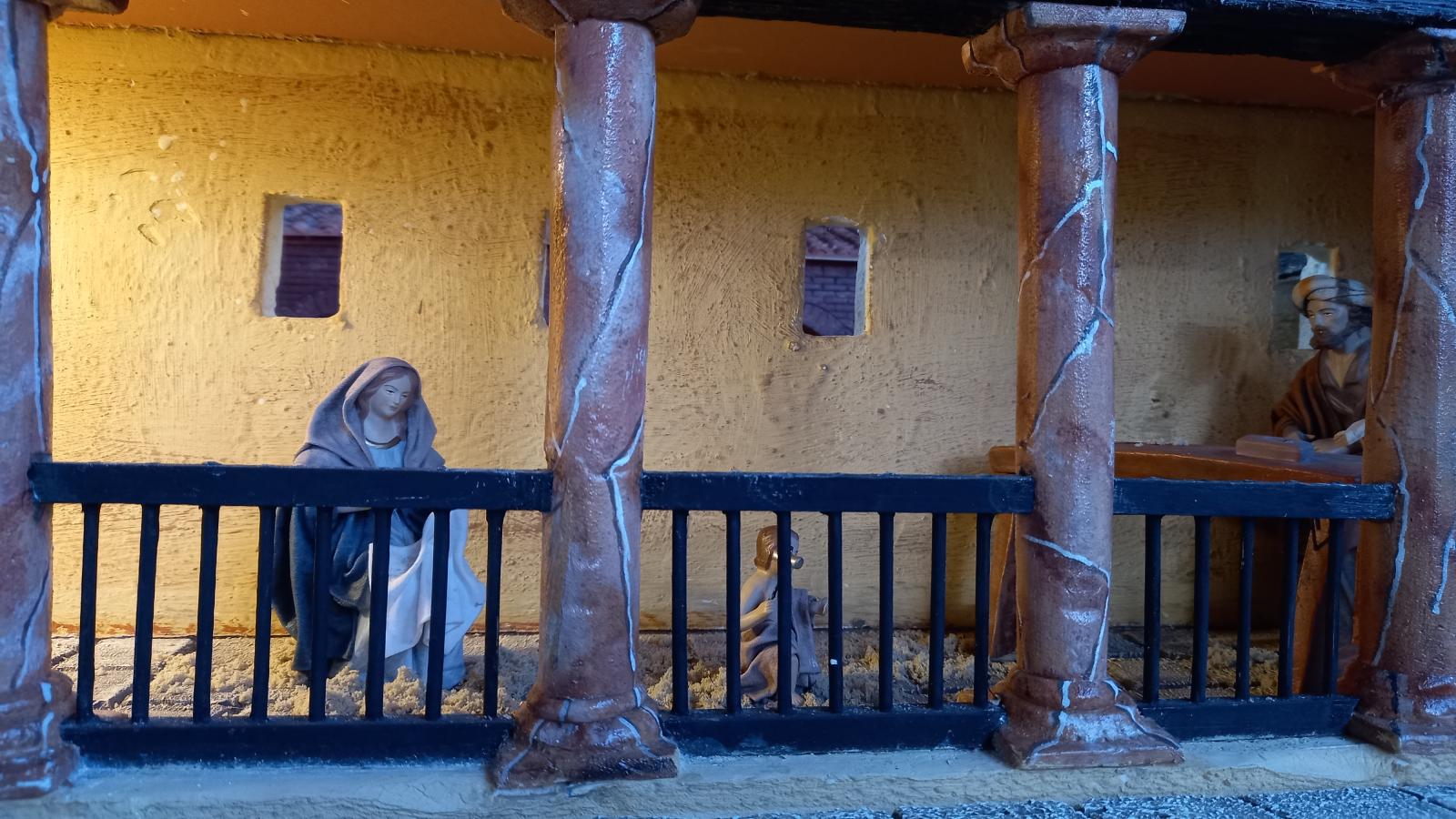