About the contemporary building 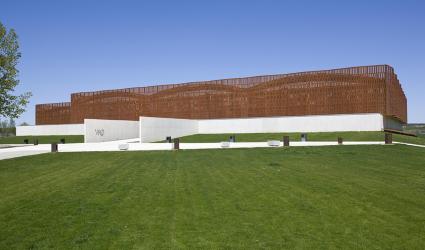 The casual apparition of a small Roman bronze piece when ploughing some crops, led to the discovery, in 1968, of the archaeological site of La Olmeda.

The excavations have brought to the present a large rural villa of the Late Roman Empire and in this place it is proposed to cover the excavation and build a support program for visitors and archaeologists.

The archaeological site is organized in four naves, at the same time covering and structure, which surround the villa. They rest on metal pillars that avoid the archaeological remains. The structural problem is approached from a space organized with a cellular design in which the cover is the protagonist. 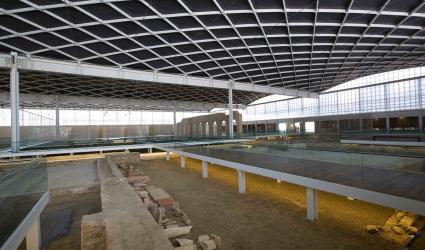 The interior is considered as a large continuous enclosure, within which are integrated, without breaking this continuity, the different elements that have to constitute the program as autonomous pieces under the unique cover. This system allows building an enclosure as big or as small as we want and any extension that may be needed in the future.

The structural framework is of rhomboidal base of steel plates; externally it is covered with aluminium sheet and inside it is seen as a coffered ceiling. 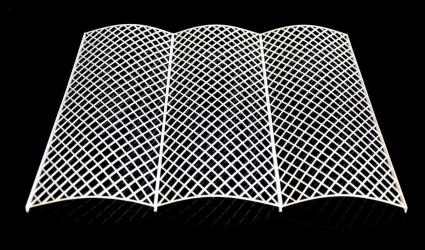 The interior tour surrounds the courtyard of the Roman villa, in an elevation above the peristyle and its mosaics, taking the visitor to the baths complex. It also gives way to the areas that make up the functional program of the museum space.

This wooden walkway widens and narrows according to the points of contemplation of the mosaics under the continuous cover that surrounds the excavation. 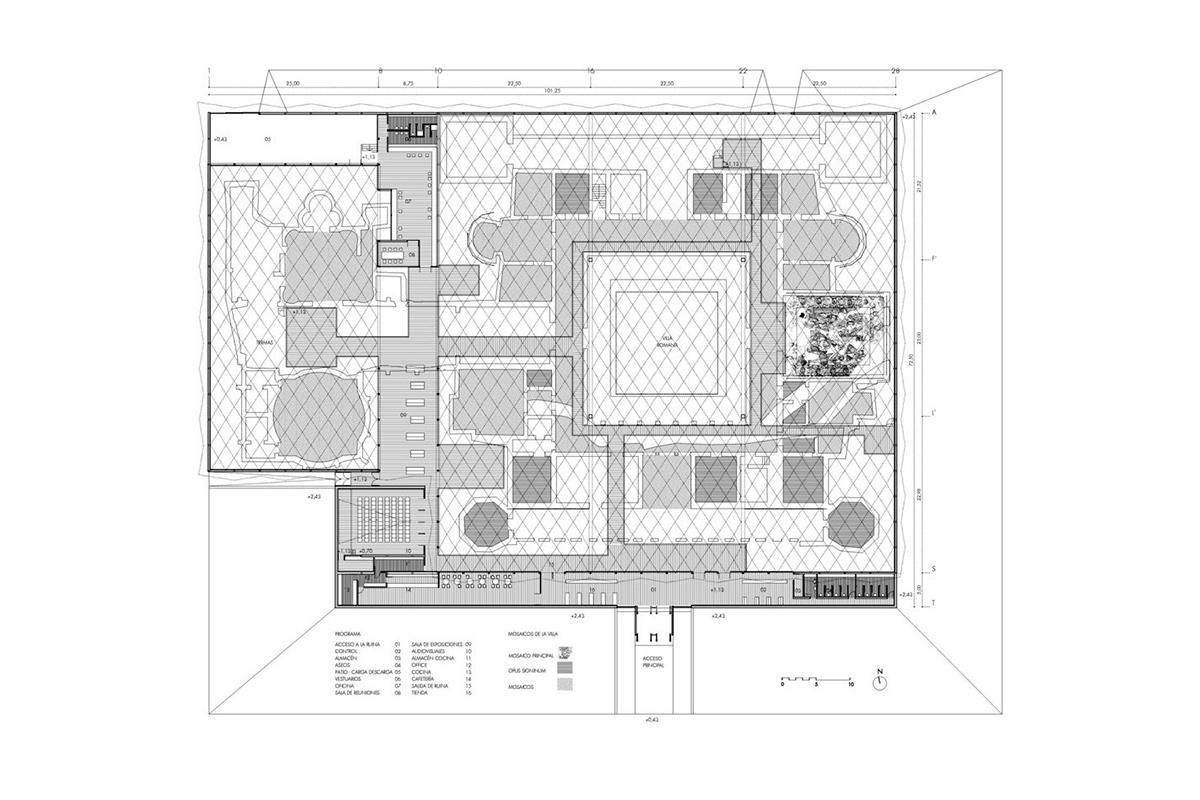