The archaeological site La Tejada is located near the village of Quintanilla de la Cueza (Palencia), very close to the Camino de Santiago, part of whose route runs next to the ancient Roman road De Italia in Hispanias or Aquitana, the current one road N-120 at the present.

The name of the site comes from the name of the land in which it was discovered in 1970. At the present, the archaeological remains are protected by a building that, in addition to preserving them, makes possible their visit in a comfortable and accessible way.

In La Tejada it is possible to visit a wide range of rooms decorated with mosaic pavements and equipped with an under floor heating system (hipocaustum), which reflects the luxury and comfort existing in this part of the Empire during a period of occupation that goes from the 1st to the 5th century A.D. 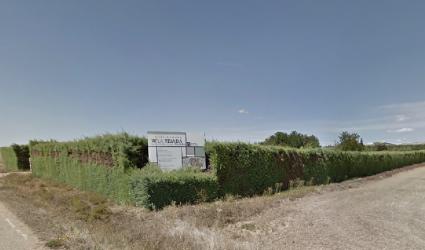 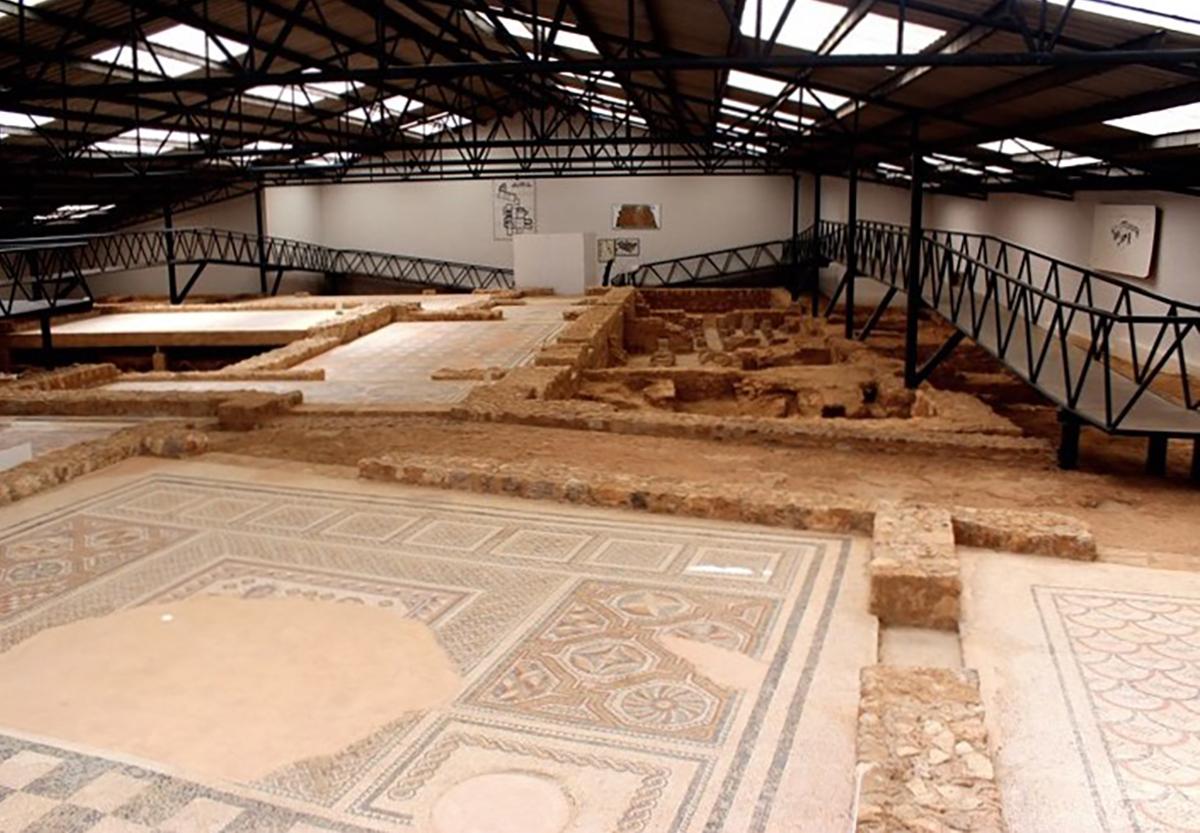 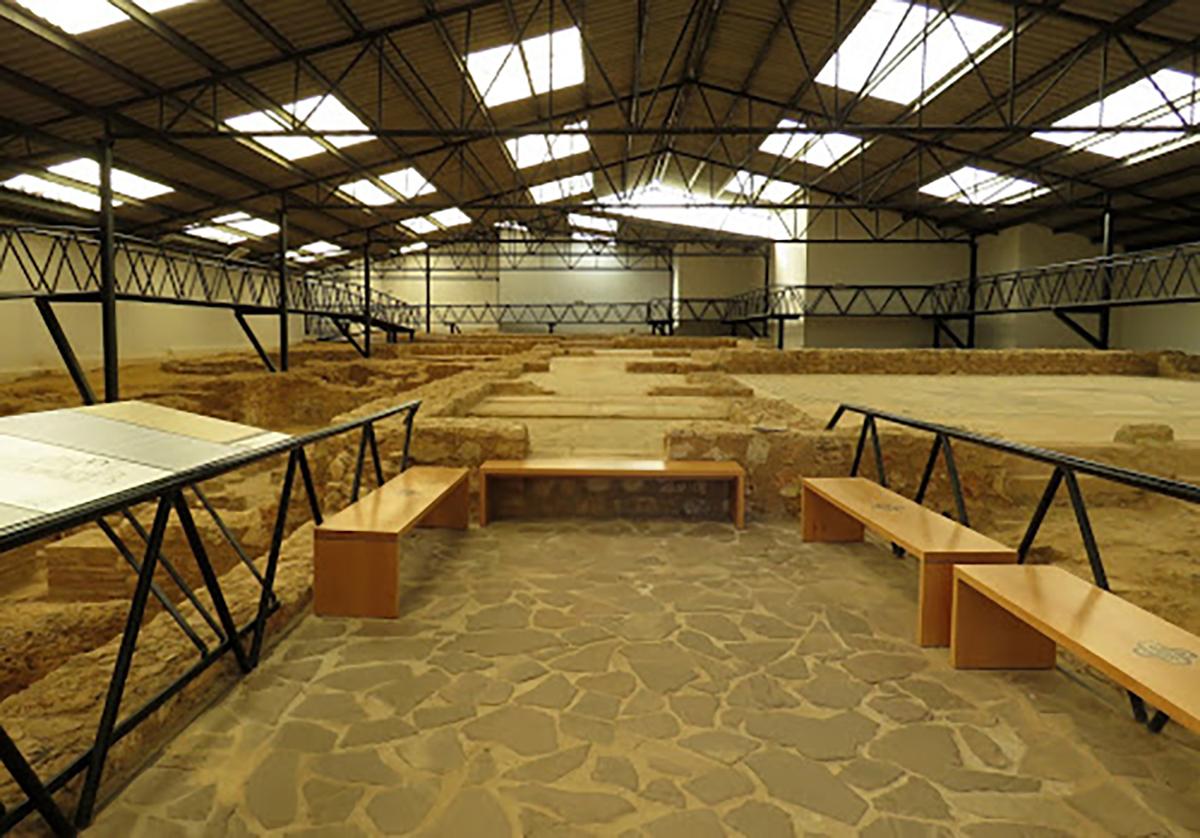 The splendid mosaics set has detailed and colourful geometric and figurative designs with mythological, marine or allegorical themes.

In addition to this decorative richness, it is worth mentioning the complex and sophisticated under floor heating system, consisting of several types of hypocaustum with brick pillars, arches and underground galleries.

Although this place is mentioned as a Roman villa or farming exploitation of the Late Roman Empire, the truth is that the characteristics of the structures that form it and the large extension of the site, seem to indicate that, at least in regard to the remains visible at the present, it could be also the baths complex of a building related to the lodging of travellers in transit through the nearby Roman road that connected Burdigala (Bordeaux) with Asturica Augusta (Astorga).

The excavated area shows only a minimum part of the total extension. Currently, you can visit the remains of three different building areas: 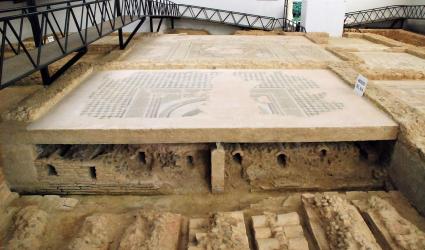 The main rooms were decorated with mural paintings of geometric themes, plants or imitating marbles. 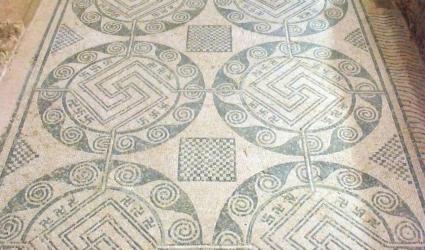 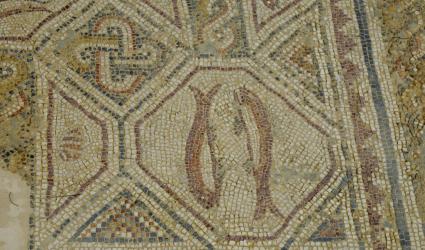 The figurative mosaics show mythological scenes, like the theme of Leda and the swan; God Oceanus surrounded by dolphins and other fishes; the Four Seasons; Neptune and Anfitrite and the Mosaic of the Fishes in which the different species are represented within a complicated geometric scheme. 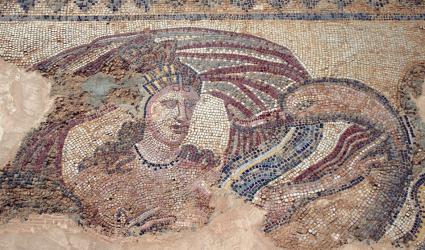 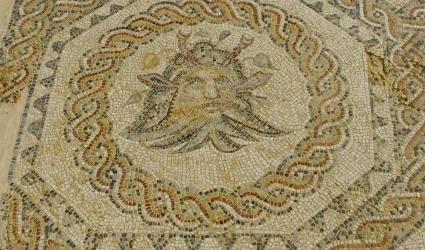 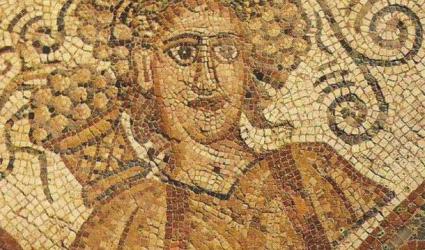